What are the reasons for visiting Genoa?

By Flavia CantiniMay 27, 2021No Comments

Today we immerse ourselves in the perfumes and streets of Genoa, we get in touch with its many lively and contrasting souls and we discover its visible and hidden beauty.

Genoa, in fact, is a city that is not revealed at the first impact but, precious and mysterious, reveals itself slowly and then remains indelible in the eyes and in the heart.

So, what are the reasons for visiting Genoa?

The charm of the historic center 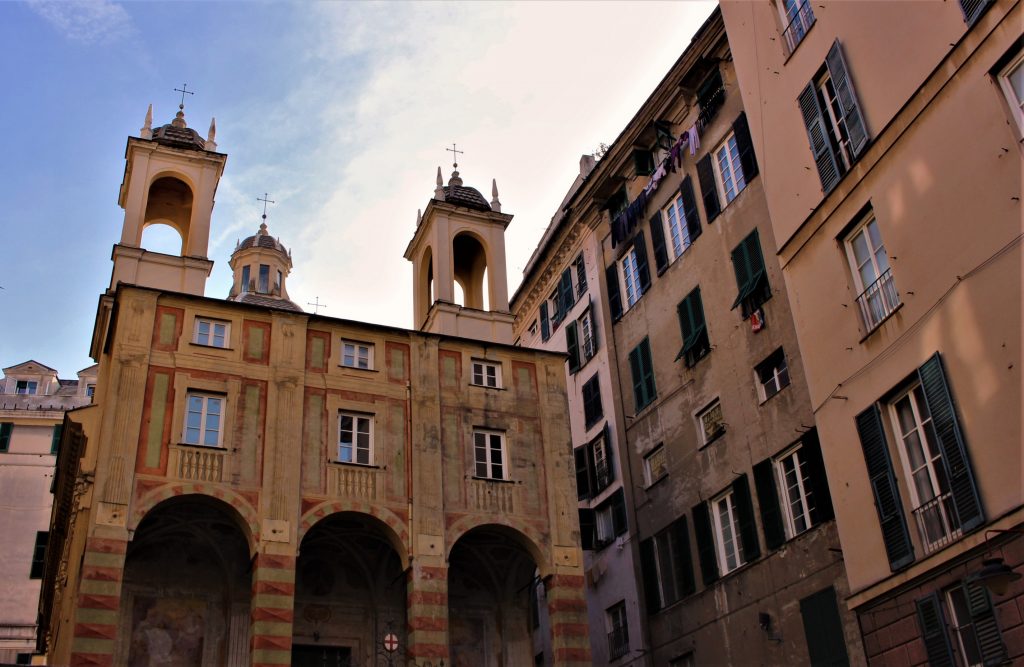 The historic center of Genoa is among the largest in Europe and can not help but fascinate those who visit it for its unmistakable typicality: it is, in fact, characterized by streets and alleys (the characteristic caruggi) that almost resemble a labyrinth with outlet to the sea.

It is here that one breathes the ancient and genuine soul of Genoa, a soul distinguished by colors, spicy scents and multicultural liveliness between ethnic shops and narrow alleys where the sun filters only occasionally. 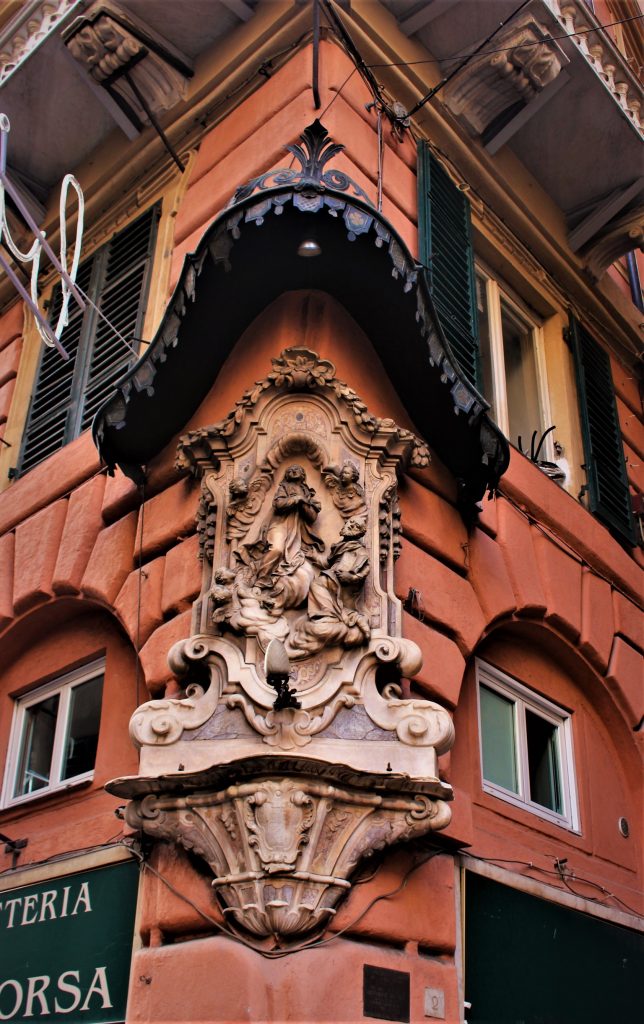 The historical center of Genoa conveys a particular atmosphere, rich as it is of unique views, votive shrines, churches (how can one not be admired in front of the Cathedral of San Lorenzo with its characteristic black and white stripes?), picturesque squares that keep alive an old-fashioned charm, ancient gates of access to the city, shops and historical shops. 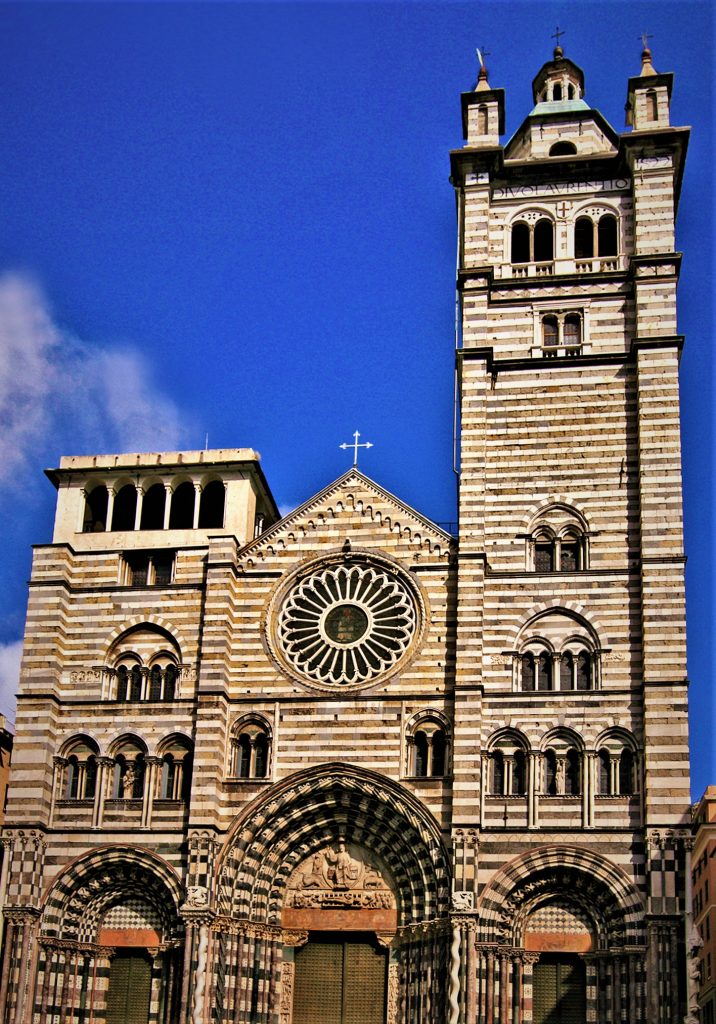 The historical shops and the Mercato Orientale 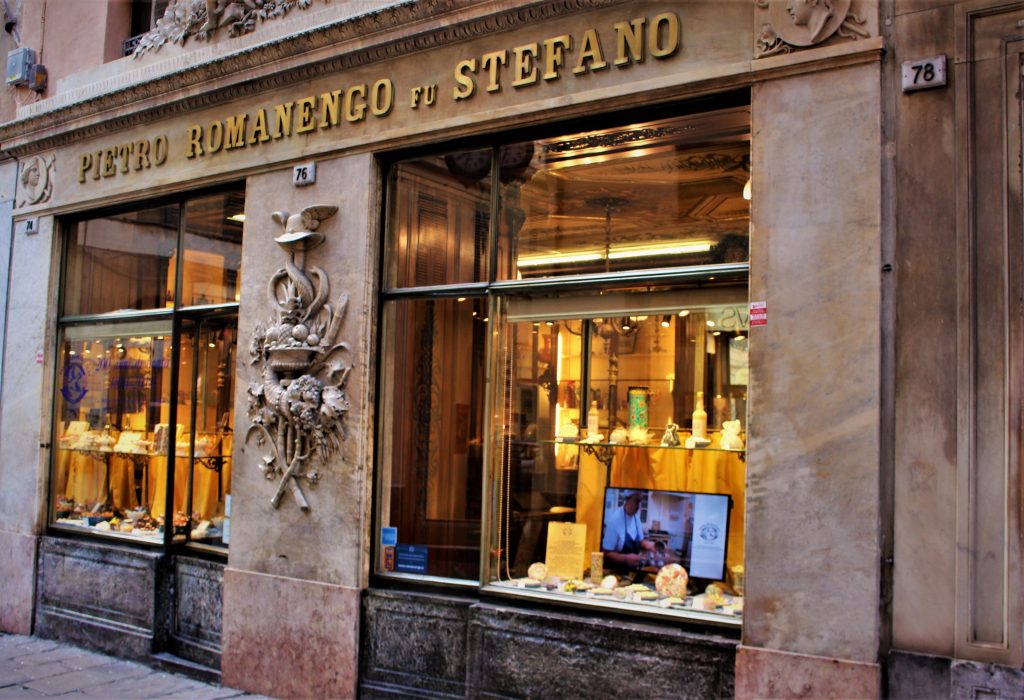 This is where time seems to stand still. The historic center has never changed and proudly preserves its historic shops housed in ancient buildings and characterized by at least seventy years of activity (but there are shops that are more than 200 years old!), with the furniture and equipment of the past .

So it looks like a picturesque journey through time wandering the Genoese lanes and coming across refined chocolatiers and confectioneries, tailor shops that make hand-made ties, drugstores, fry and tripperie, artisan workshops that keep alive traditional techniques for working glass or producing stamps.

Visit a historic Genoese shop, buy in a shop that has retained the craftsmanship of the early twentieth century and the authenticity of unique products resulting from a long and careful processing, is an exciting and unrepeatable experience.

And, always to stay on the theme of excellence and authenticity, a stop not to be missed to know the picturesque soul of Genoa is the Mercato Orientale.

Here, among the counters that display fruits and vegetables, fragrant plants and spices, meat, fresh fish, cheese, focaccia and pesto, it is wonderful to be inebriated with colors and flavors.We absolutely must take the opportunity to stock up on typical Ligurian products: the Genoese PDO basil (a fundamental ingredient of the legendary pesto!), the salted anchovies of the Ligurian Sea, the golden oil of the Riviera.

Genovese gastronomy encompasses the strong character and unique identity of its people. The aromas and flavors of the dishes that we can taste in Genoa tell the close relationship with the territory and derive from a simple but rich in creativity and authenticity.

So let us delight in the most famous specialties such as farinata (thin focaccia made with chickpea flour mixed with water), pesto and focaccia (in the simple oil version or in the tasty variations onion, olives, sage, cheese and many others), and discover other delicacies of Genoese cuisine such as Pansotti (stuffed pasta typical of Ligurian cuisine, similar to ravioli), Torta Pasqualina (puff pastry stuffed with cooked chard or artichokes, zucchini and spring herbs , eggs and cheese), the Genoese stockfish.

The liveliness of Portici di Sottoripa 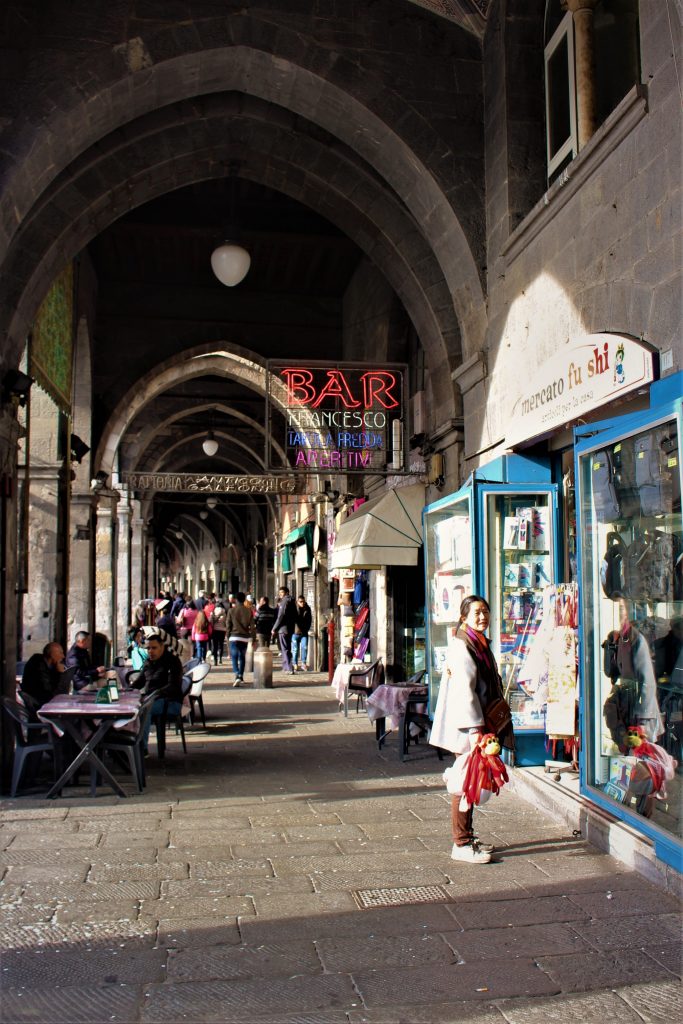 To immerse ourselves in the most authentic soul of the city as it is experienced by the Genoese, we must absolutely allow ourselves a walk under the long portico that extends in front of the sea and is one of the most beloved by the Genoese: Portici di Sottoripa.

Here, in a lively multi-ethnic atmosphere between people going and coming every hour, it’s nice to get lost in workshops and shops with characteristic perfumes and colors.

Fish shops exposing the catch of the day on the stalls, ancient friggitorie where to make a tasty break enjoying specialties such as fried calamari, shrimp, pignolini (small specimens of anchovies, sardines and other blue fish), frisceu (salt pancakes) and farinata, ancient historical shops with handicrafts that can not be found elsewhere …

This is the lively and colorful world of the ancient portico of Genoa, a world of perfumes, flavors, colors, voices, ethnicities to experience to get to know the city and its people.

The prestige of Via Garibaldi and Palazzi dei Rolli 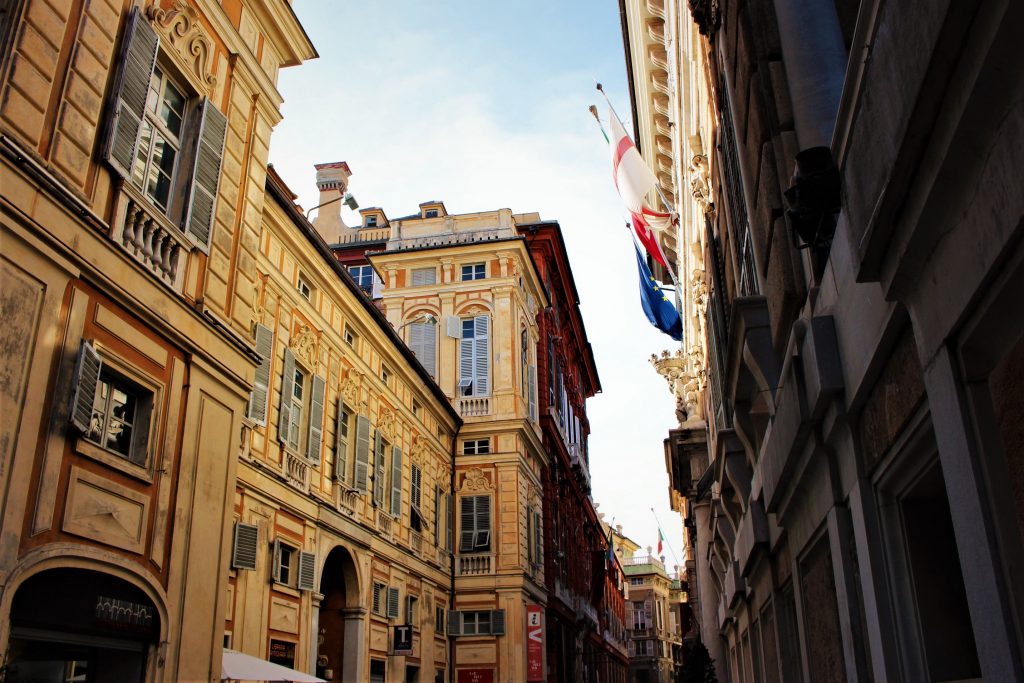 Instead, we discover the most aristocratic and luxurious soul of Genoa, walking in Via Garibaldi (formerly Strada Nuova) where we remain enchanted in front of the prestige and architectural beauty of the numerous noble palaces that are located here (and in the surrounding streets). 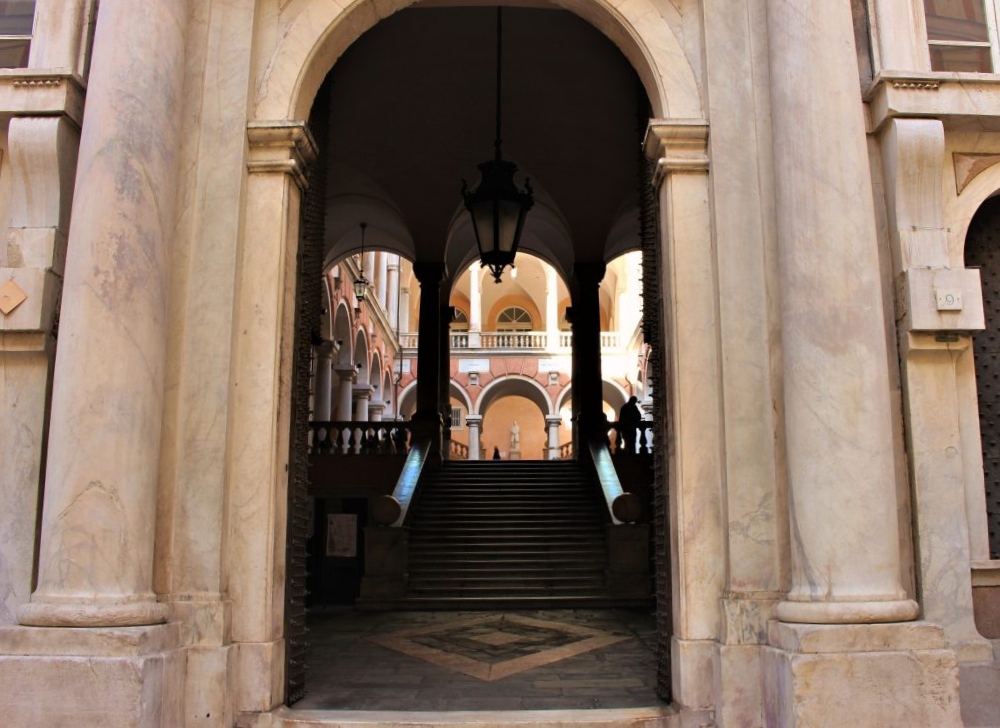 The so-called Palazzi dei Rolli (prestigious palaces that, at the time of the ancient Maritime Republic of Genoa, were obliged, on the basis of a public draw from the lists (rolli) of public housing, to accommodate the high personalities who were in Genoa in State visit) have been included among the UNESCO World Heritage Sites. 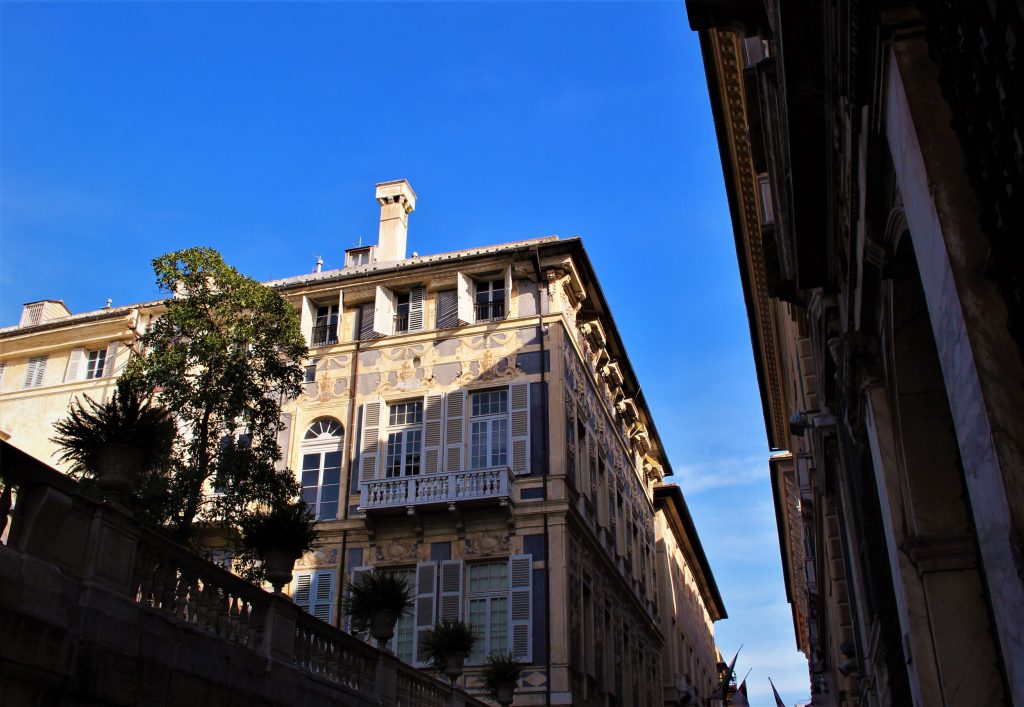 A curiosity about Palazzi dei Rolli: these palaces were the precursors of the hotels, infact they were divided by value (as today we say 3- star or 5-star hotel). Some of them were suitable for princes and nobles, others were suitable for traders. For the landlords it was an honor to host ambassadors, merchants and passing figures.

Boccadasse, the seaside village in the city

A real gem is also Boccadasse, a picturesque seaside village set in the city and dating back to the year 1000.

Here, among the pastel-colored houses and the sea, we can experience real moments of relaxation in a place that has been able to maintain its authenticity and atmosphere of the past.

Suggestive and romantic, Boccadasse enchants with its squares and alleyways where there is no car traffic and is ideal for walking without rushing listening to the song of the sea breaking on the rocks and to enjoy excellent dishes of Ligurian cuisine in typical restaurants in a unique atmosphere. 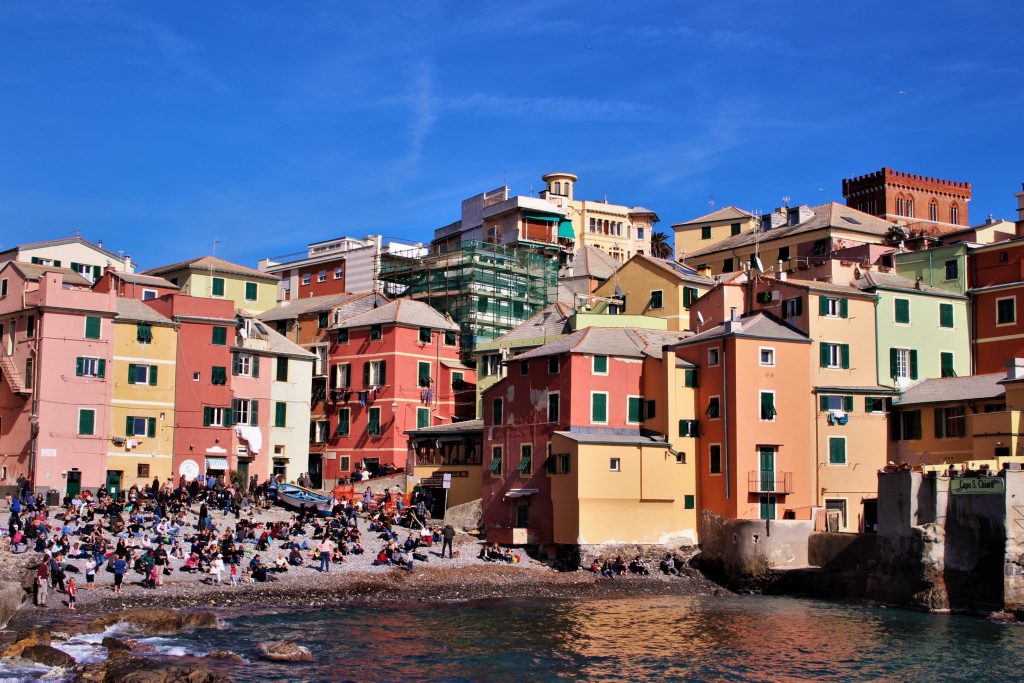 Every corner of Genoa reserves some surprises that deserve to be appreciated.

Genoa is a unique city, to be discovered, which has a lot to offer in every season of the year.

Take the right time to immerse yourself in its atmosphere of contrasts and you’ll fall in love with it. 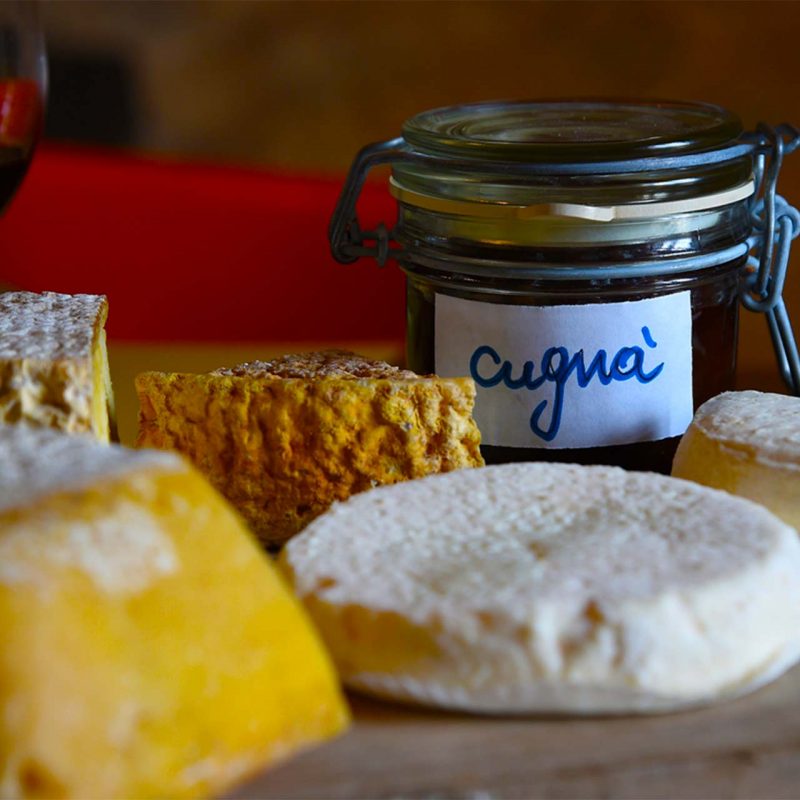